ALEXANDRA MASEKO
Based in the United States, Alex is a force to be reckoned with on and off the basketball court. Her basketball career began at Arundel School, Harare and as captain of the team she took Arundel through it’s first international tour to South Africa. For a total of 9 years Alex played for Zimbabwe’s Junior National Team and the Senior Women’s National Team. Most notably, she represented Zimbabwe at the 9th and 10th All Africa Games. Prior to attending college, Alex coached the Arundel U15 team during her gap year. Excelling in her studies she earned 10 A’s for her 'O' levels and she was a Rhodes Scholar finalist in 2012. Alexandra is fluent in German and she has a BA in Political Science with a minor in French from Seton Hall University. She graduated with a 3.8 GPA. Currently she is a pursuing a master’s degree in International Relations and Diplomacy while serving as a graduate assistant for Seton Hall’s women’s basketball team. In 2013 Alexandra was a Top 9 Finalist for The National Collegiate Athletic Association (NCAA) Woman of the Year Award. Alexandra took the initiative to develop a successful sneaker drive. She collects sneakers in good condition and takes them back home to Zimbabwe where she distributes them to the underprivileged. Alexandra is particularly interested to see more children and youth exposed to the world of opportunities they are unaware of or think they are unentitled to. She wants the youth of Zimbabwe to have the right tools so that they can accomplish their own dreams and move forward in life.

In 2014, Alex's main project was "Help me Fly Home" she collected sneakers, raised money to fly home to Zimbabwe and delivered the sneakers to the THH kids, and she ran a sports workshop for the kids while she was there. You can read me about it here and watch the video she made https://www.indiegogo.com/projects/help-me-fly-home. Another project she did was taking the older kids to the USA Education Centre for a tour, and they got to hear her give a talk there about Sports & Education. She also helped raise awareness of THH with some media coverage http://www.herald.co.zw/maseko-on-basketball-development/ 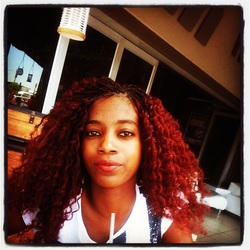 FAITH CHIYANGWA
Based in the Namibia, Faith did her form 1 to 4 at Girls High School Harare then moved to Citma College for A levels, now she is a third year Bachelor of Arts student, majoring in Psychology and Sociology with French minor [Honors] at the University of Namibia. Throughout high school she was very active and held a number of different posts; she was a member of the Scripture Union Club, the Secretary of the Junior Choir, a member of the Senior choir, Vice Captain of her house cheer-leading team. During her A level's she was elected to be a Senior Prefect and was the President of the Interact club. Additionally, she participated in a leadership training programme in form 6 and received a leadership award. She is passionate about entrepreneurship, peer education, counselling, her Christian faith and  philanthropy which is one of the major reasons she believes it is vital to give back. She dreams of opening a children’s home to help children who are less privileged. As a THH Youth Ambassador, she wants to use her entrepreneurship and marketing skills to develop projects that will support the organisation's growth and continue to change the lives of the children. Furthermore, she wants the youth to be educated so they are able to  make better decisions to avoid early pregnancy, drug abuse, violence and contraction of incurable diseases. Before becoming a Youth Ambassador, Faith was a THH Social Work intern for 6 weeks. After her BA, she would like to pursue a Masters in Industrial Psychology. 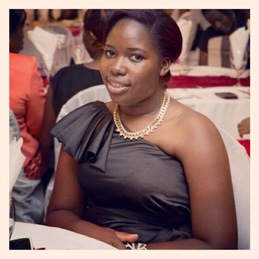 FADZAI MUTAZU
Based in Zimbabwe, Fadzai is in upper 6 at Westridge High School where she is a member of the LEO group which helps the less privileged and those suffering from HIV/AIDS. She is committed to making a difference in people's lives and bringing hope wherever she goes. At her former school Dominican Convent High, she was a member of Youth Against Aids (YAA) and Christian Life Community (CLC). At her church, the Dutch Reformed Church of Zimbabwe she is a Youth Leader, Sunday School teacher, and a Fundraising Committee member. After High School, Fadzai would like to obtain a BA in Finance at the University of London and continue on to an MSc and a Ph.D in the same program. As a Youth Ambassador, she is passionate about educating children and youth about HIV/AIDS and Child abuse so that each child irrespective of their (or their guardians background) is informed, empowered and secure.  In addition to being a Youth Ambassador Fadzai volunteers with Tariro House of Hope on Saturdays, she helps with the Feeding Program and with tutoring the children. Fadzai speaks fluent Shona and English. 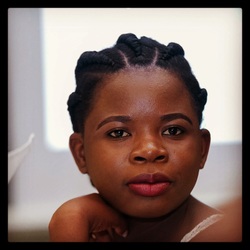 MAUD CHIFAMBA
Based in Zimbabwe, Maud made history when she made the giant leap of becoming the youngest student (male or female) in Zimbabwe and the whole of Southern Africa to enter University at the age of 14. Gifted with natural intelligence, Maud's promising future was apparent from an early age her remarkable aptitude impressed her primary school teachers who decided to move her up from Grade 3 to Grade 6. When she was nine, she took her final primary school examinations, where she obtained top marks for all of her subjects. Maud has overcome tremendous financial and social challenges. Her father passed away when she was five and her mother passed away days after she sat for her high school final exams. Lacking financial support to undertake her high school education, she studied on her own for several hours a day and completed her Ordinary Level in just two years after skipping two forms. Maud says the death of her parents made her realize that she would have to take her destiny into her own hands and she did. She broke academic records when she scored 12 points at her A-Level exams at age 14 without formal schooling. Her results earned her a four-year University scholarship of nearly USD$10,000. Forbe's magazine listed her as one of the 20 Youngest Power Women in Africa in 2012 for her genius skills and abilities and in 2014 she was awarded the GR8 Young Achiever Award at the 4th Gadoya Holdings GR8 Women in the Middle East. When Maud become a THH Youth Ambassador she was 17 and in her third year of a Bachelor of Accountancy Honors Degree at the University of Zimbabwe. She graduated in 2015. Maud strongly believes that wherever possible she must help others and give back to society as she herself is being a product of a lot of charity. Maud's goal is to assist and inspire the underprivileged appreciate life, and face challenges with a positive attitude. 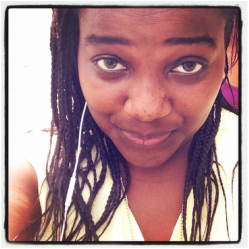 RUVIMBO SYLVIA MATSIKA
Based in Germany, Ruvimbo attended Gateway High School where she was a team leader (senior prefect) and she was Captain of the soccer team. In high school, she was part Community Care group that would visit and raise funds for various children's homes in and out of Harare. After high school she travelled a lot on her own; she moved to Cyprus to study at Girne American University where she obtained her LLB﻿ (Hons). Then she moved to The Netherlands where she obtained a Masters in Public International Law and Human Rights at the University of Groningen. She completed part of her MA as an exchange student in Latvia. Ruvimbo is passionate about the law especially human rights, rights of the girl child and her faith in God. She was President of the International Law Students Association from 2013-2014 at Girne American University and she wants to educate the Youth on why "Modesty is Hot". She speaks English and Shona fluently, she also speaks Turkish and basic French. When she was in high school her mother passed away. As the eldest she had to step up and be a mother to her younger siblings. Her experience solidified her dream start an organisation of her own that supports and protects orphans as this had always been on her heart from an early age. In addition to being a Youth Ambassador, she sponsors two children with Tariro House of Hope. Ruvimbo plans on doing a PhD.